Churches and Missions groups keep vans in spite of dangers

While 15-seater vans are illegal to sell to public schools, they are being sold to private schools, day-care centers, senior centers, churches, missionary groups, etc. In 2005, I received a phone call from the head of the National Transportation Safety Board (NTSB). The NTSB is an independent 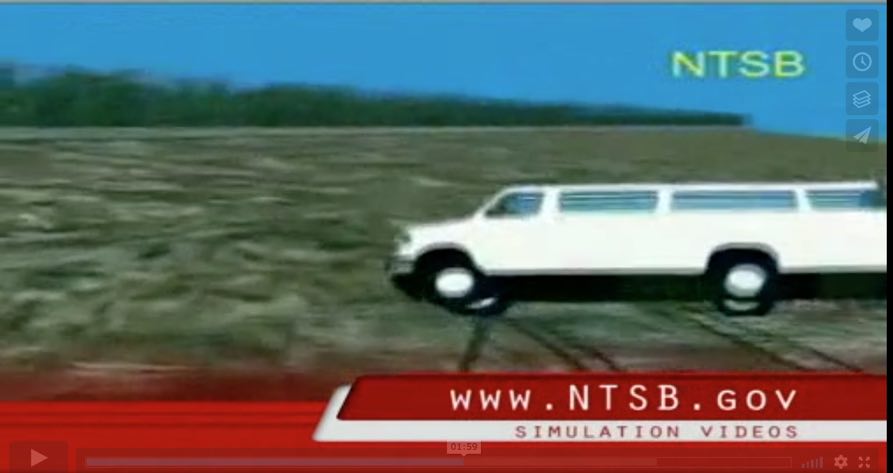 By The Associated Press Monday, October 22, 2007 9:50 PM EDT INDIANAPOLIS - Federal regulators have warned for years that overcrowded 15-passenger vans or those with improperly inflated tires can pose a higher risk of rollovers. Police say a tire blowout may have caused a van carrying 16 Amish

Van threw 8 children as it rolled when hit

Article published May 23, 2006, Source: TheBlade.com Status of 3 is critical day after fatal crash By JENNIFER FEEHAN BLADE STAFF WRITER COLUMBUS GROVE, Ohio - Eight of the 10 young people riding in a church van that was struck by a car Sunday were thrown from the vehicle when it

Sept 27, 2005. TREMONTON, Utah. A Utah State University van overturned on a highway about 65 miles north of Salt Lake City, killing eight students and an instructor, authorities said. Two other students were injured. The 11 occupants of the van were ejected as the vehicle rolled four times on